Jul 28 Posted by Didsbury Arts Festival in Past Festivals 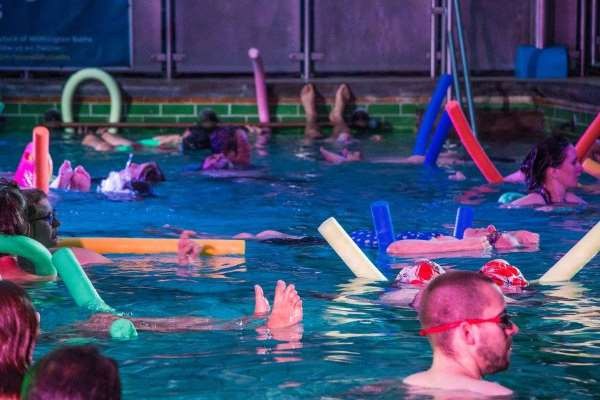 Transient Roots was a poetic audio trail commisioned for DAF 2017 tracing the artists experience of growing up in care around Didsbury. 10 poems could be experienced in the location they reference.

Louise Wallwein wrote a new cycle of poetry honouring the houses that were once her homes. The audience were able to follow the trail, listen to the poetry and reflect on the care experience and history, while taking a journey into the artist's childhood. The audio poems were discovered by the audience who received a map and a route to follow where they encountered temporary plaques placed outside each house, like a digital blue plaque with a QR code. These could then be scanned with a phone to reveal a poem in audio or text form that reveals a hidden narrative reflecting some aspect of the artists experience of that location. During the 10 days of the festival these were only able to be accessed in the site specific locations, but they are available online by clicking the links below.

"East Didsbury is the place where I did most of my growing up in my teenage years. Didsbury contains this hidden history. I grew up in at least seven children’s homes there. When I was born I was placed in the Catholic Children’s Rescue Adoption nursery on Parrswood Road. My adoption failed and I was returned to care aged nine.

My roots are in Didsbury but as a careleaver it is difficult to make a claim to my roots. When you grow up in care your roots are not allowed to settle too deep. You are easily uprooted and shifted around. However, I still remember each children’s home I lived in Wingate Drive, Marymount, Broome House etc.  All the houses have now been sold off and are private dwellings. I would like to claim, celebrate and honour that careleaver heritage for me and for Didsbury itself."

Maps of the route are available to download here.

LOUISE WALLWEIN was brought up in 13 different children’s homes and wrote her first play at the age of 17. A renowned poet, playwright and filmmaker, her explosive work detonates her audiences’ imaginations. Louise has written, performed, and collaborated all over the world, bringing to life characters that exist in the margins of society.

Among many writing residencies, Louise was the 2006 Poet in Residence of Queensland. Her works include the BBC Radio Play “Dirty White Girl”, the plays “Skid 180”, “Melting Ice” and “Tagged”, as well as the one-woman show “Low Flying Aircraft”, performed on the wing of a World War II Shackleton aircraft.

Louise’s acclaimed show GLUE will tour later this year and will feature in the BBC/ Hull 17 Contains Strong Language Poetry Festival. This will coincide with a book launch. Glue has also been commissioned as BBC Radio 4 afternoon play.

"Louise is an explosive artist"

Didsbury Arts Festival has commissioned this work as part of its 2017 festival for which the theme is ‘Roots’celebrating Didsbury’s rich history, creativity and cultural diversity. This work will be one of 6 new works commissioned for the festival on this theme with support from Arts Coucil England.